What Are The First Steps?

Initially, a case filed under the Uniform Parentage Act is usually the first port of call for unmarried parents. In essence, this turns the situation into a legal case that will be reviewed and ruled on by a family court judge.

When this happens, the judge will attempt to decide on issues concerning: 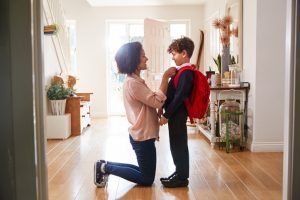 Family courts expect parents to be responsible and work toward the best outcome for the children regardless of the previous history. A compromise is doable as long as everybody works together with the same aim.

However, custody battles can be contested by one party and result in a trial.
Should You Try to Avoid Litigation Altogether?

In a perfect world, the answer would be yes. Of course, the world is far from perfect, especially if you’re not married. Even if you’re on the child’s birth certificate, your rights are limited.

Unmarried fathers, for example, have zero enforceable custody rights, unlike the mother. They also can’t apply for child support as a direct knock-on effect. In addition to that, the case might become messy and your role as the child’s biological father might be put into doubt.

Now, fathers can file a paternity case to have the courts acknowledge their rights as a father. This can happen through a paternity test, an order for child support payments, and parenting schedules.
Contempt & Enforcement

If you feel as if parenting plans and schedules for unmarried parents are not worth the paper on which they are written, you’re mistaken. An extra layer of protection involved in these court orders is that they are enforceable by law. Anyone found to be in contempt – or not keeping their end of the bargain – can be forced to comply.

Stricter punishments include fines and even jail time if the judge believes the person is flagrantly flouting the court’s decisions.
Are Moms Preferred Over Dads?

The idea that sex or gender are taken into account by a judge is not factually correct. A judge has broad discretionary powers, but they are used to take the child’s best interests into account.

A judge will consider:

A written agreement by both parents is presumed to be in the child’s best interest by courts in the state of Kansas. Therefore, a judge might not make the decision if parents can create a sufficient agreement themselves.

A judge can alter an agreement, yet he or she has to have proof of a material change of circumstances. These can be everything from drug and alcohol abuse to physical abuse and neglect. 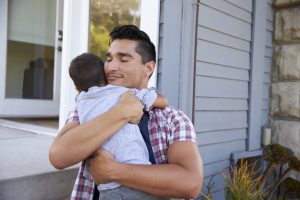 It depends on the court order or the stage of proceedings. Joint custody, for instance, often awards residential custody to a parent. If that isn’t you, you’ll have “access” on pre-agreed days, such as weekends and holidays.

Pending cases are subject to change. However, you can ask for a temporary order, or a modification of one, if a finalized order is not available.

These are the general guidelines set out by the court to ensure there are no problems: 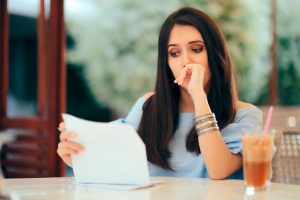 The court will attempt to fix the problems as soon as possible. To do this, a court might mandate mediation for both parties. In this case, you’ll be expected to reach an agreement outside of the court with the help of a professional negotiator.
What About Child Support?

A judge will decide who has to pay and how much that amount will be. They do this by considering factors such as your financial commitments and the child’s requirements. Legally, a portion of both parents’ income must be set aside for child support.
Do You Need an Attorney?

We say yes and not just because we are attorneys. Even if you think that you can come to a mutual custody agreement, you should still have an attorney on your side in case things go south. Our legal team understands the complicated details of Kansas custody law and can help to craft a winning strategy that benefits all parties.

If you would like more information on our services, click below or call us at 620-662-5489. We have helped many parents like you in the Hutchinson area navigate child custody challenges and are happy to answer your questions.

Call for a FREE consultation!