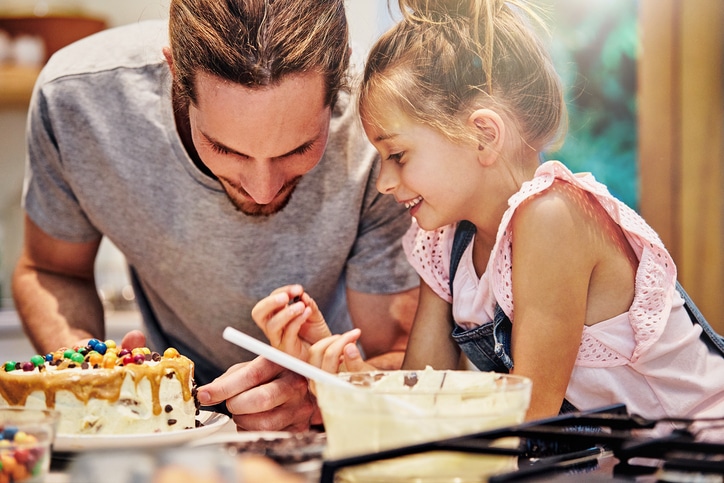 When couples with children separate or divorce in Kansas, the decision has to be made concerning what level of custody each parent receives. Decisions made mutually between the parents are usually honored by the courts, but if there isn’t a consensus the courts must decide custody.

These decisions are made based on the best interests of the children, the proximity of each parent to the other and the school the children attend and in many cases the wishes of the child. Here is a further breakdown of the different child custody types in Kansas.

Joint custody is the most common type of child custody where both parents share in the responsibility of raising the child and making decisions on how he or she is raised. The types of joint custody include: joint legal custody, joint physical custody or both joint and legal custody. The situation between the parents, decisions by the courts and mutual agreement between parents will determine if joint custody is possible.

Sole physical custody is awarded to one of the parents when the other parent is deemed to be unfit due to financial or substance abuse problems, is living in an unfit situation, living with an unfit partner or lives too far away to award joint custody.

This doesn’t mean the other parent won’t be given visitation rights or even joint legal custody. Each case for sole custody is different and all factors have to be considered before excluding one of the parents in any way from the child’s life.

When the court grants physical custody of a child, the parent has the right to have the child live with him or her. Both parents may be granted physical custody under joint physical custody if the child will be staying with each parent for a substantial periods of time and their residences are in relatively close proximity to one another.

If the parents live far away from one another, the child’s well-being is taken into consideration and one of the parents would be awarded sole physical custody – wherein the child lives primarily with one parent and the other parent receives limited rights to custody and visitation.

Legal custody of a child gives a parent legal authority to be the decision maker on how the child is raised – what school the child attends, what medical care the child receives, what religion the child practices, etc. Joint legal custody is often granted following a divorce, as long as the parents are willing to work together to make decisions on how the child will be raised.

Kansas has adopted the Uniform Child Custody Jurisdiction and Enforcement Act along with many other states requiring the Kansas courts to honor and enforce custody rulings made in other states. Kansas also protects visitation rights for grandparents. Generally, Kansas law focuses on consistency and continuity in family life and education, the parents’ ability to care for, nurture and provide for the child and the child’s own wishes.

If you have any questions concerning child custody laws in Kansas, call 1-800-894-5931 to schedule a free consultation in our Hutchinson, KS offices or fill out our contact form and we’ll contact you as soon as possible.