When Should You Have a Lawyer Present? 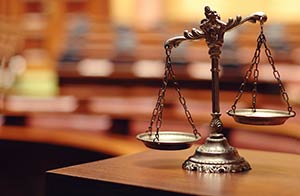 When you hire an attorney, you’re getting a representative who will make sure your legal rights are upheld and that you do not do or say anything to incriminate yourself. If necessary, your lawyer can also come up with a strategy to defend you against any criminal charges that are brought against you.

Here are a few situations that would benefit you to have a lawyer present:

When being interrogated after an arrest

If you are arrested, the police have to read you your Miranda Rights before you can be interrogated. Under the Sixth Amendment, all Americans have the right to an attorney if arrested, and the right to a fair trial if charged with a crime. The Miranda Warning includes your right to an attorney and states that an attorney must be provided for free if the person can’t afford one. A public defender is paid by the government, and you don’t get to choose your lawyer.

The Miranda Warning also states that anything you say can be used against you in court, and that you have the right, under the Fifth Amendment, to stay silent so you don’t say anything to incriminate yourself. So, having an attorney present during an interrogation ensures you don’t give up any of your rights, and that your legal rights aren’t violated by the police.

Criminal court cases
If you are charged with a serious crime, whether it’s a misdemeanor or a felony, you should have a lawyer present to ensure you receive a fair trial. This could include criminal behavior, driving under the influence (DUI), or domestic violence. If you are convicted of a misdemeanor, you could be forced to pay a fine and serve up to a year in jail. Felonies are even more serious, with a penalty that could include monetary fines and a prison sentence from a year to life.

During criminal proceedings, there could be situations where you would benefit from having a lawyer present, including a physical examination and during a line-up. Through the criminal trial process, you would want an attorney with you at the arraignment, indictment, during hearings, and at trial.

Civil court cases
A civil case is brought between two parties when they have a dispute about a legal matter and can’t resolve it on their own, or when one party feels they have been wronged by the other. Both individuals and business and can engage in civil cases, and an attorney can help interpret the law and protect your rights and interests. Some common examples of civil law cases include contract violations, personal injury, and family law cases such as divorce or legal separation, child support or child custody.